Sorry we've haven't updated the blog recently. The last 3 weeks have been busy yet good. Matthew had a rough week immediately after his first two days of chemo. The following 2 treatments which were on the two Thursdays following (the 14th & 21st) were light and fairly uneventful. Christmas week was Matthew's week off from treatments during which time he has had some very good days.
Ian left this evening after spending almost 2 full weeks with us. The 4 of us have had a great time watching movies, eating, sleeping in and laughing.
Next Tuesday, Matthew begins his second month of treatment with a completely new regemen of medication. The treatments will be everyday, Tues thru Fri, from 8:30 a.m. thru the majority of the day. Then, he has 3 weeks off before returning to the treatment schedule he had in December.
Thanks to you all for the encouraging comments and amazing cards!! Your prayers and support are truly amazing! God is so good and gives us the grace to meet each and every day!
We pray for a blessed New Year for each of you!
Posted by Nancy in TN at 4:28 PM 3 comments: 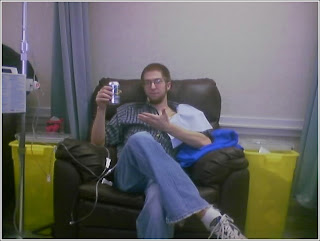 Keep up the support as I know this day is the start of MANY tough ones ahead for Matt. He's tougher than me, but that's not saying much.
Posted by Ian at 12:22 PM 14 comments: 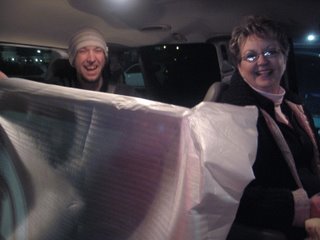